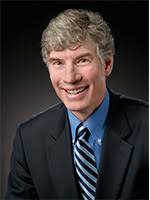 Recently, health care organizations have been considering “pooled” SARS CoV 2 diagnostic and screening testing for their workforce and patients. In addition, with more and more work-and-school-related reopening’s, universities, colleges, K-12 schools, large businesses and government agencies have been considering “pooled” SARS CoV 2 surveillance testing for their workforce and client populations. As defined by Dr. Reynolds Salerno, Director of the Division of Laboratory Systems at the US Centers for Disease Control and Prevention and the Designated Federal Official of the US Clinical Laboratory Improvement Advisory Committee, in an August  3, 2020 presentation,  “Pooling is the combining of respiratory samples from several people and conducting one laboratory test on the combined pool of samples to detect SARS CoV 2. Pooling allows laboratories to test more samples with fewer testing  materials, potentially increasing testing capacity”.     He went on to say that  “Pooling should be used only in areas or situations where the number of  positive test results is expected to be low. If a pooled test result is negative, then all the samples can be presumed negative with the single test. If the pooled test result is positive, each of the samples in the pool need to be tested individually to determine which samples are positive.  In addition to Dr. Salerno, Amy Zale from the Centers for Medicare and Medicaid Services (CMS) and  Toby Lowe, form U.S. Food and Drug Administration (FDA) also explained pooled testing.  MAHB has produced a brief 19-minute video clip on this topic which you can listen to below.

As you stated by Dr. Salerno, in the video, regarding the reporting of negative or positive results to health departments and patients:

“And when it comes to reporting to individuals about pooled testing, it’s important to emphasize that surveillance testing should not be specific to individuals. And so there would be no need or ability to report surveillance testing results to individuals. And for screening and diagnostic testing, negatives can be reported to the individual or the individual’s health care provider employer according to the instructions for use. And depending on the device that you’re using, there may be specific language that needs to accompany a negative test result from a pooled strategy.”

“And then obviously, for positive or indeterminate results, those should not be reported to an individual, because they need to be retested individually before a result can be returned to either an individual or a health care provider or employer.”

As mentioned in the video, the CDC has produced a document entitled “Interim Guidance for Use of Pooling Procedures in SARS CoV 2 Diagnostic, Screening, and Surveillance Testing”  that describes 1) definitions of diagnostic, screening, and surveillance testing,  2) regulatory requirements, 3) reporting results to patients and health departments and  4) technical limitations.  Of particular interest to state and local public health agencies are the sections on reporting requirements.  The first step to be taken by any agency is to clearly define whether pooled testing is being done for diagnostic, screening or surveillance purposes.  Schools and businesses are more likely to undertake surveillance testing as opposed to screening testing.  Except for in-house clinical care for their staff or students, they are unlikely to be involved in diagnostics testing.

Surveillance for SARS-CoV-2 includes ongoing systematic activities, including collection, analysis, and interpretation of health-related data that are essential to planning, implementing, and evaluating public health practice. To be designated as surveillance testing, one has to consider the purpose of the test. If the organization or agency is using testing in the following ways, it is defines as undertaking surveillance testing.

Assays and Test Systems for Pooling of Surveillance Testing

Although FDA generally does not regulate surveillance testing, CDC recommends that laboratories conducting surveillance testing with pooling should use an assay and test system that has received an EUA from FDA. Using an FDA-authorized assay and test system helps ensure the quality and reliability of testing. FDA authorized SARS-CoV-2 in vitro diagnostic devices are included on FDA’s list of In Vitro Diagnostics EUAs external. Laboratories should use an existing authorized nucleic acid assay, and, if not authorized for use with pooling, evaluate and validate the performance of that assay for a pooling strategy according to FDA’s guidance in its Molecular Diagnostic Template for Laboratories. If laboratories modify the authorized assay by incorporating alternative components, including extraction methods, PCR instruments, and software versions, for the purposes of a pooling strategy, the laboratories should also evaluate and validate the performance of the altered test system.  For an example of an EUA authorization for pooled testing  as was deteremined in the EUA Summary for Verilyy Life Sciences.  The EUA Summary stated “This test is also for the qualitative detection of nucleic acid from SARS-CoV-2 in pooled
samples containing up to 12 individual upper respiratory specimens (such as nasopharyngeal, mid-turbinate, anterior nares or oropharyngeal swab specimens) that are collected by a HCP using individual vials containing transport media, from individuals suspected of COVID-19 by their HCP. Negative results from pooled testing should not be treated as definitive. If a patient’s clinical signs and symptoms are inconsistent with a negative result or results are necessary for patient management, then the patient should be considered for individual testing. Specimens included in pools with a positive, inconclusive, or invalid result must be tested individually prior to reporting a result. Specimens with low viral loads may not be detected in sample pools due to the decreased sensitivity of pooled testing. See FDA issued on September 8, 2020. EUA Summary for Verily Life Sciences .

If a local, state, tribal, or territory health department requests access to the results of surveillance testing for SARS-CoV-2 that uses a pooling procedure, the laboratory should state in the report to the health department that the data are pooled surveillance testing results that do not represent COVID-19 diagnostic or screening test results.  Only a facility with a CLIA certificate may officially report a patient-specific diagnostic or screening COVID-19 test result to the local, state, tribal, or territory health department.  Facilities that conduct surveillance testing, including surveillance testing that uses a pooling procedure, should not report test results to individuals whose specimens have been tested, or to the individual’s health care provider, employer, etc. If at any time a facility intends to report a patient-specific test result, it must first obtain a CLIA certificate and meet all requirements to perform testing. For more information, see CMS’s summary of the CLIA regulationspdf iconexternal icon.

Based on limited data, using a pooling testing procedure for SARS-CoV-2 has some limitations. In a pooling procedure, the laboratory cannot ensure the diagnostic integrity of an individual specimen because it is combined with other specimens before testing. Specimen integrity can be affected by the quality of swab specimen collection, which could result in some swabs having limited amounts of viral genetic material for detection. Inadequate individual specimens, including those with limited amounts of viral genetic material, might not be eliminated from the pooled specimen before testing. Even if each individual specimen in a pool is adequate, the specimens in a pooled procedure are diluted, which could result in a low concentration of viral genetic material below the limit of detection. These limitations mean that monitoring the prevalence of disease and properly validating the assay and the instrumentation are important to limit the potential for false-negative results. In general, the larger the pool of specimens, the higher the likelihood of generating false-negative results.  The prevalence of COVID-19 in a population also affects the efficiency of pooled testing strategies. In general, lower prevalence may enable a laboratory to use a larger optimal pool size. As the prevalence of COVID-19 increases, the cost savings of a pooling strategy decreases because more pooled tests will return positive results and those specimens will need to be retested individually.  CDC continues to pursue research studies on pooling strategies for testing for SARS-CoV-2 and will update this guidance as needed.

What is the difference between surveillance, screening, and diagnostic testing for COVID-19 testing?

Does FDA have validation or other recommendations regarding SARS CoV 2 diagnostic/screening tests for use with sample pooling?

Can an EUA authorized SARS CoV 2 diagnostic test be used for surveillance for COVID 19?